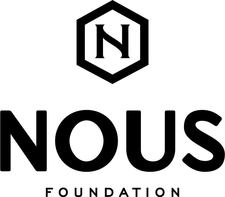 Nous is an independent platform for exchange between Louisiana and the French-speaking world. Through an initiative launched and spearheaded by our co-founders, Louisiana recently became the first U.S. state to join the International Organization of the Francophonie. The Francophonie brings together 88 regions and countries, 1 billion people, and accounts for 16% of the global economy. Nous is channeling this momentum into a vibrant and people-oriented experience where local and global exchange across the French-speaking world becomes a reality. In fostering exchange, we are making sure that Louisiana's heritage languages of French & Creole are passed onto a new generation.

Since launching in June 2020, our organization has empowered a movement across Louisiana to keep our heritage cultures and languages alive. As a brief background, Louisiana is historically French & Creole speaking. Today 150,000 people speak these languages - down from 1 million speakers in 1970. Our organization has a track record of thinking big to change the narrative of inevitable decline around French & Creole. We notably launched and directed an initiative that saw Louisiana become the first U.S. state to join the Francophonie in 2018. Our vision is that not only can French & Creole survive but also they can thrive. We want to join Acceleration Collective to help us scale up our programs and work on innovative ways to deliver on our mission.

Specifically, our programs are making a positive impact because they challenge two root causes behind the decline of Louisiana French & Creole: 1) they address engrained social inequalities; 2) they show a younger generation that French & Creole are languages of opportunities. To the first point, we have created community forums that invite diverse voices to talk about issues that limit language transmission. We notably started the Dyalòg Kréyol with Cambridge University to bring together language activists. The forum has reduced hostile debates online and has given life to community projects supporting language revitalization. To the second point, we think big about the benefits that Louisiana French & Creole can have on the entire population. Just to name a few examples: we brought together economic actors from across Louisiana for a roundtable to create a plan for bilingual jobs. We also have developed free educational booklets for French immersion schools. Our organization also has an incubator arm where we support start-ups promoting French & Creole. Thinking of culture and language as influencing the economy, education, and other disciplines breaks the mold that Louisiana French and Creole belong to a folkloric past.

Support with finance, fundraising and investments