Based in South Africa

A For-profit with social mission 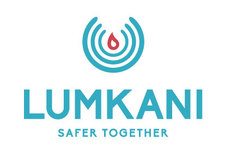 One of the great challenges in informal settlements in South Africa and across the globe is that of shack/slum fires which claim lives and destroy property in the most vulnerable communities of our society. We cannot imagine the experience of losing everything that one owns in a single instant, but this is the daily reality of many across the world, and as an organisation, Lumkani intends to deal with this international crisis.
Lumkani has developed technology - in the form of smart IOT technology to create community wide alerts - and affordable financial products which mitigate this risk to people living in informal settlements.

We’re looking to improve our new business development with:

Lumkani was started by a small group of people who could no longer stand the continuous stories of the most vulnerable people in our country South Africa, losing both their possessions and lives to the avoidable reality of fire. When we began. in Cape Town alone, in the first three months of 2013, over 11000 people lost their homes in shack fires. In the last decade over 250000 people lost their homes across our country. As we began to explore this reality, we found it in every major developing nation, especially Kenya, Phillipines, India, Bangladesh, Brazil and others.

Our networked early warning sytem of fire detectors, designed specifically for the informal settlement environment was our first attempt to deal with this challenge. By the end of 2018 it will be in over 40000 informal homes around the world.
One of our recent projects was the highest fire risk slum in South africa - Imizamo Yethu. In the 7 months of operation since it has been installed we have the following statistics: