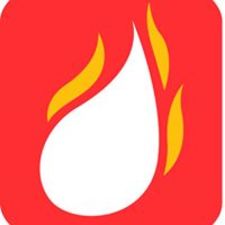 We improve the lives of refugees and the rural poor in developing countries by distributing the Berkeley Darfur, an efficient cookstove. To date, we have distributed over 48,500 stoves in Sudan, Uganda, Kenya and India.  Cooking over and open fire – a common practice in the developing world – is the equivalent of smoking 200 cigarettes, every single day.  Yet, 3 billion people cook their daily meals over an open fire, creating pollution that kills 4.3 million people each year, due to a lack of any other option. Traditional fires waste fuel, contribute to deforestation, release carbon into the atmosphere, and waste families’ money and time.

Atima’s life was a struggle from the beginning. Her father died before she was born, leaving her mother to raise Atima and her siblings alone. When Atima was a teenager, the Darfur conflict began and the Janjaweed militia attacked the village next door. Atima fled and for two years she was on the run, scared for her life. Finally, she made it to a town in North Darfur where she married and had four children. But her life was still a struggle — a struggle to feel secure in a hut built on land she doesn’t own, a struggle to feed her children without outside assistance. Before receiving her Berkeley-Darfur Stove, Atima spent hours each day cooking over a smoky fire and used half of her family’s meager income to purchase firewood. Atima’s fuel-efficient stove uses less than half the amount of wood than that smoky fire, which saves her money. It also saves her lungs, by reducing her exposure to harmful pollutants

Support with operations and mechanical engineering