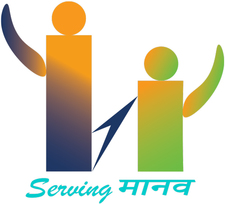 Humanav Foundation was founded in January, 2020 based on the motto that serving humanity empowers them to develop their own lives. Humanav Foundation thrives to construct an ecosystem that enables diverse communities to empower themselves and opens doors to opportunities for them. The members of the foundation organize and participate in humanitarian activities from raising funds, sponsoring educational institutes, organizing relief camps, to designing and developing technology-led skill development programs. Its three initiatives - Manoos, School in the Mountain and VVMM.club work in three critical areas, essential for social and economic development -- human rights and relief, skill development and education and health.

Humanav Foundation is based on the belief that service in the right sectors empowers people to forge their own path to development. We work in three different streams - Manoos, School in the Mountain and VVMM Club. Manoos is a humanitarian initiative working on short-term programs for disaster relief, education, healthcare and nutrition camps, and gender awareness which are four major requirements of villages in India. School in the Mountain is an educational and skill development initiative working through technology-enabled programs for multidimensional development, enabling young people from peri-urban and rural areas to develop themselves in the field of their choice without having to migrate to a metropolitan area, thus leading to sustainable communities. VVMM Club, which is being incubated under Humanav Foundation, is the pilot project for a unique concept that aims to build meaningful connections and mentorships between past and current students in different schools. All the initiatives are united by a common theme—they empower a human being, at any stage of life, to navigate their future, the digital economy, and their own minds by using “humanized” technology to enrich their lives and goals. School in the Mountain has already conducted successful workshops in Odisha, Jharkhand and West Bengal and is looking to scale to the next level by running longer-term pilot projects in these areas for skill development at four levels – workers getting displaced by AI, school children, college freshers or high schoolers and farmers. Manoos has already run a program called YaasAID successfully and is preparing to serve many more communities with a collection of initiatives. VVMM Club will launch its first project in the form of a digitized library for children that cannot afford textbooks, by the end of 2021.