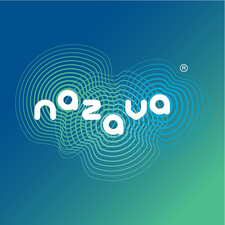 Nazava Water Filters produces the most affordable household water filters which empower households (read: women!) with a free-flow of safe drinking water at the point of use. Using gravity as its main energy source Nazava replaces the need for boiling water on wood or LPG, resulting in purified water that is 3x cheaper than boiling and 9x cheaper than buying water from refill-kiosks.

In Indonesia less than 10% of the rural population has access to piped water. Well or river water is contaminated with sewage, colored and smelly [28]. As a result 8 million Indonesian children (40%) are stunted and over 26,000 children die of diarrhea annually.

Boiling is ineffective to remove colour and 47.5% of boiled water gets re-contaminated with e-coly bacteria due to inadequate storage. Hence many people buy bottled water which costs around US$ 100/year.

Nazava empowers mothers with a free-flow of safe drinking water in their house. Their kids can drink water when they want and how much they want, without getting ill.

Our purifiers use a ceramic-filter with pores of 0.4 micrometre. E-coly bacteria (0.5 micrometre) can’t get through. Silver impregnation prevents their replication, and activated carbon improves taste, odor and removes colouring. Each filter candle can purify up to 7,000 liter.