A For-profit with social mission 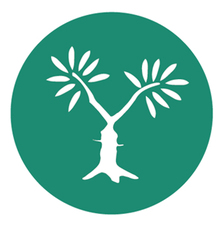 MEJDI Tours is a social enterprise travel company that specializes in creating custom, socially conscious itineraries for groups.  We are the pioneer of the extremely popular ‘dual narrative’ tours in Israel and Palestine.  We're a certified B Corp, operator of National Geographic's Holy Land Expedition, and are featured in the TED Talk, For more tolerance, we need more ... tourism?.  We operate tours in over 20 destinations including Colombia, Northern Ireland, and Japan.  We are a leading name in affinity group travel and soon to be a leader in socially responsible scheduled departures and day tours.

We’ve surveyed 1000s of travelers after our trips not only on how much they enjoyed the experience, but also whether or not their attitudes and perceptions of the people they met changed as a result of the MEJDI trip.  From the Holy Land to Cuba to Bosnia to Japan and everywhere in between, the resounding the answer is yes (over 80%!)

MEJDI was founded to create a more positive and interconnected world through travel.  We're on a mission to tear down the walls that divide people globally and locally.  In order to actualize this vision, we will become the leader in socially conscious travel.